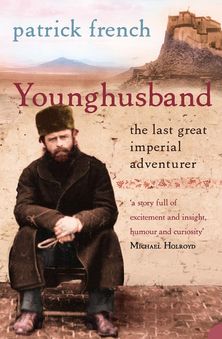 In this travelling biography, Patrick French tells the story of the man who held the world record for the three hundred yard dash, discovered a new overland route from China to India, and organised the early assaults on Mount Everest. In 1904 it was Francis Younghusband who single-handedly turned a small diplomatic mission into a full-scale military invasion of the last unexplored country on earth: Tibet.

Younghusband spent much of his early life as a leading player in the Great Game – the battle of wits over the uncharted territory of High Asia – and his presumed death as a spy in the Pamirs almost sparked off a war between British India and Tsarist Russia. But despite being a classic Edwardian, full of pomposity and repression, in the post-World War I era, he led the way in outlandish, mystical philosophical and sexual free-thinking.