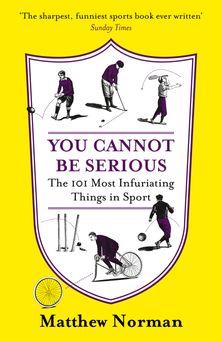 You Cannot Be Serious!: The 101 Most Frustrating Things in Sport

Reviews of You Cannot Be Serious!: The 101 Most Frustrating Things in Sport