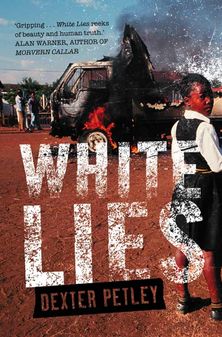 Nobody believes in love at first sight. Norman didn’t until he read about ‘Joy, The Gold Panning Missionary’ in an African magazine and set out to find her. But it isn’t easy to find love in East Africa in the early 1980s. This is a region with a heavy colonial hangover: Obote’s government teeters on the brink of collapse, petty crime and corruption are rife in the streets and Norman, the impressionable young Englishman, makes slow progress towards the woman he intends to marry.

A decade on and many thousands of miles from Africa, Norman is trying to shape a new life. Joy has walked out, leaving him to their damp tumbledown farmhouse in a rural corner of northern France. He is a desperate, broken man. Alone, he sifts the wreckage of his marriage from the wreckage of this ramshackle farm and tries to plot a way out, some sort of future.

It’s only when Norman decides to go back to Africa – not for love this time, but to settle old scores – that he finally sees what he must do, however dark and terrifying an act that is.

In his own unique prose, Dexter Petley carefully laces Norman’s African and French stories together to create a delicate portrait of an Englishman abroad, a brutal depiction of the corruption that colonialism breeds and, above all, a brilliant, bittersweet love story.