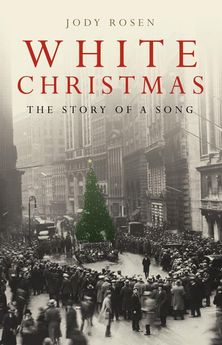 White Christmas: The Song that Changed the World

A biography of the single most important record in the history of popular music.

“White Christmas” is a musical phenomenon. Penned by Irving Berlin in 1942 and performed by Bing Crosby in the hit film ‘Holiday Inn’, the original version of “White Christmas” has sold over 31 million copies. It’s the world’s all-time top-selling and most frequently recorded song – 500 versions have been recorded, from Latin to Swahili. But the power of “White Christmas” transcends its original commercial impact. Berlin’s song not only speaks eloquently of a moment, it has come to define secular Christmas in the western world.

As well as being a glittering showbiz story starring Crosby, Berlin, Astaire, Sinatra, the Gershwins and Presley, WHITE CHRISTMAS is a window into American cultural history in the first half of the twentieth century. It is a story that sweeps from the birth of popular music at the turn-of-the-century, through ragtime, jazz, blues, to Tin-Pan Alley pop and its swaggering stars – Jimmy Stewart and Cary Grant, Bing Crosby and Frank Sinatra – and on to the advent of rock-and-roll in the 1950s. WHITE CHRISTMAS also looks at the invention of the phonograph, at how radio play transformed the pop industry and the commercialisation of Christmas in the wake of Berlin’s “White Christmas”.

Reviews of White Christmas: The Song that Changed the World