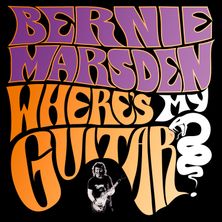 ‘A page turner…and then some!’ Chris Evans

‘A very enjoyable rock-n-roll memoir that is not just for fans, but for anyone interested in this classic era of the British rock scene’ The Afterword

‘A compelling journey in the company of a masterful (and mercifully ego-free) musician. I saved it like a cherished slab of vinyl.’ Ian Rankin