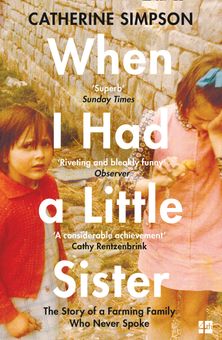 When I had a Little Sister tells a story of sisters and sacrifice, grief and reclamation, and of the need to speak the unspeakable.