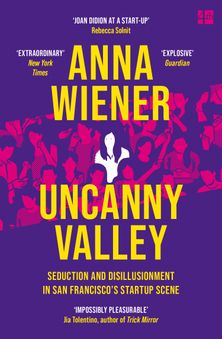 Reviews of Uncanny Valley: A Memoir