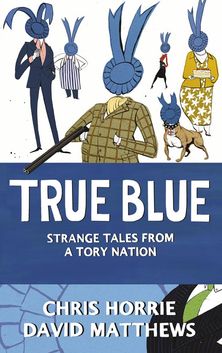 Whatever happened to middle England? Two of our funniest writers set out on a journey through conservative country – with hilarious results.

Middle England, with all the social rituals, institutions and traditions that hold it together, has lasted for a long time. And Chris Horrie and David Matthews, two left-leaning journalists – Chris is from Manchester and David’s parents are from Guyana – are fascinated by it.

So off they go, armed with two ballpoints and a sharp sense of humour, to see what they can see. Sometimes, it’s as simple as hanging out at the proms, munching scones with the vicar at a village cricket match, or chatting with Michael Howard. And other times, a bit more guile is needed – so Chris and David baffle Conservative party members by helping out with their campaigns.

With backgrounds as investigative reporters, the authors infiltrate Middle England and capture its denizens at their least guarded. What they find is at times cheering, and sometimes a bit worrying – but it is always very entertaining.

Reviews of True Blue: Strange Tales from a Tory Nation