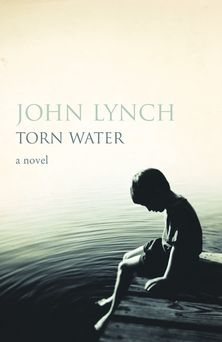 Set in his native Northern Ireland, John Lynch’s debut novel is a lyrically told and exquisitely tender story of innocence and loss.

‘He remembers when he was very young standing by water … How he had got there or where the pond was he couldn’t remember, but he can vaguely recall a larger hand on his and being led through the high rooms of a large building, to a large garden, where bees wove dozy patterns in the air. At the bottom of this garden lay the large pond, and he remembers a face bending to meet his and whispering that he would be back in a little while. So he stood where he had been left, his small feet pointing at the stonework of the pond’s rim. He remembers a wind brewing in the tops of the trees and tearing at the water of the pond for a moment, before subsiding, his face blurring into focus like a TV channel being tuned.’

When James Lavery’s father is blown to bits by a bomb he intended to maim and kill others with, the boy keeps him alive in his imagination as a superhero, escaping the daily grind of school, his mother’s drinking and his own acute loneliness by inventing extraordinary adventures for them both. But, gradually, through the agonies of adolescence James begins to understand the real cost of his father’s weak and deluded heroism.

It is only when he falls in love himself, during a summer away from his tortured home life, that James finally begins to understand the true complexities of love, life and death…