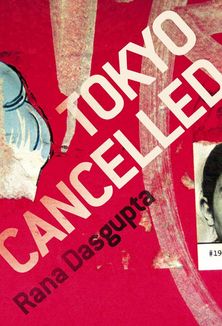 A major international debut novel from a storyteller who couples a timelessly beguiling style to an energetically modern worldscape.

Thirteen passengers are stranded at an airport. Tokyo, their destination, is covered in snow and all flights are cancelled. To pass the night they form a huddle by the silent baggage carousels and tell each other stories.

Robert De Niro’s child, conceived in a Laundromat, masters the transubstantiation of matter and turns it against his enemies; a Ukrainian merchant is led by a wingless bird back to a lost lover; a man who edits other people’s memories has to confront his own past; a Chinese youth with amazing luck cuts men’s hair and cleans their ears; an entrepreneur risks losing everything in his obsession with a doll; a mute Turkish girl is left all alone in the house of German cartographer.

Told by people on a journey, these are stories about lives in transit. Stories from the great cities – New York, Istanbul, Delhi, Lagos, Paris, Buenos Aires – that grow in to a novel about the hopes and dreams and disappointments that connect people everywhere.

Dasgupta’s writing is utterly distinctive and fresh, so striking that it seems to come from the future and the past all at once, but in marrying a timeless mystery to an alert modernity, his cautionary tales manage to be reminiscent of both Ballard and Borges, depicting ordinary extraordinary individuals (some lost, some confused, some happy) in a world that remains ineffable, inexplicable, wonderful.