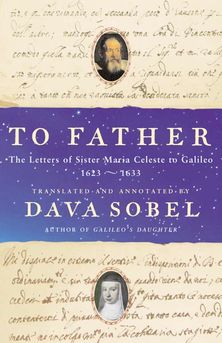 Galileo’s daughter led a cloistered life in a gilded age. Since there could be no hope of marriage for her, at thirteen she entered a convent near Florence to spend the rest of her days within its walls as Sister Maria Celeste. Her letters span a decade, from 1623 to 1633. In that period, a new Pope battled the Protestant Reformation and filled Rome with artistic monuments. The Thirty Years’ War embroiled all of Europe. The bubonic plague erupted from Germany, ravaging Florence until stemmed by a miracle. And a new philosophy of science threatened to overturn the order of the universe. Maria Celeste’s evocative letters touch on all of these situations, but they dwell in the small details of everyday life. Through them, the man generally thought to have defied the Catholic Church is seen to depend on the prayers of a pious daughter.