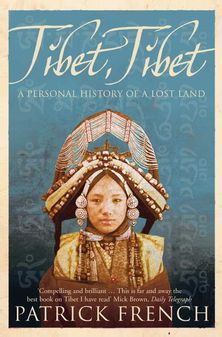 For centuries, Tibet has occupied a unique place in the Western imagination: romantic, mysterious, a remote mountain kingdom of incarnate lamas and nomadic herdsmen, of gold-roofed monasteries and hidden valleys which hold the secret of eternal youth. In recent years, Tibet has acquired an additional resonance as the oppressed vassal of its mighty neighbour China. Its plight has attracted Hollywood stars, and the exiled Dalai Lama has become the global embodiment of spiritual attainment and unflagging commitment to his nation. The effect of these myths has been more to obscure than to reveal the reality of the country, its people and its plight.

‘Tibet, Tibet’ has its origins in Patrick French’s twenty-year involvement in the Tibetan cause. Part memoir, part travel book, part history, it is a quest for the true Tibet. He finds a land with a long, warlike past and a complex interlocking relationship with China. He meets victims and perpetrators of Mao’s Cultural Revolution, and young nuns who continue the fight against Communist rule. He stays in the tents of nomads, and hears first-hand accounts of the hopeless battle against overwhelmingly superior Chinese forces which ended, in a single day, a way of life that had endured for thousands of years.

On his journey, Patrick French is continually sidetracked by a cascade of information, thoughts and reflections on such subjects as how to blind a cabinet minister using a yak’s knucklebones, the correct method of travelling across a desert by night, and the reasons for the Dalai Lama’s transformation into ‘an unknown dark-brown bird, bigger than a normal raven’. Patrick French has found a new way of writing about a place and its history. He fascinatingly illuminates one of the most persistently troubling of international issues, and confirms his reputation as one of the finest writers at work today.