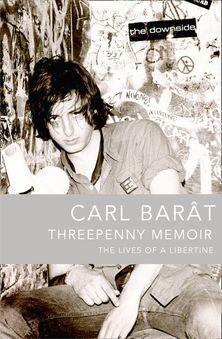 The extraordinary life and times of Carl Barat, Libertine.

From his childhood in suburban Basingstoke, through times of literally being down and out in London and Paris, to success as one of the co-founders of one of Britain’s most revered bands, Carl Barat has gone through the glass darkly as bands fell apart around him, friendships faltered and egos and hedonism threatened to pull his life apart.