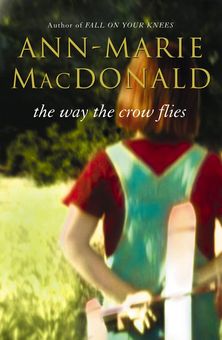 The Way the Crow Flies

From the acclaimed author of FALL ON YOUR KNEES – an international bestseller – comes a mesmerising new novel.

“The sun came out after the war and our world went Technicolour. Everyone had the same idea. Let’s get married. Let’s have kids. Let’s be the ones who do it right.”

For Madeleine McCarthy – high-spirited and eight years old – her family’s posting to a quiet air force base near the Canadian-American border is at first welcome, secure as she is in the love of her beautiful mother, and unaware that her father, Jack, is caught up in his own web of secrets. The early 1960s – a time of optimism infused with the excitement of the space race but overshadowed with the menace of the Cold War – is filtered through a rich imagination as Madeleine draws us into her world.

But the base is host to some intriguing characters, including the unconventional Froelich family, and the odd Mr March whose power over the children is a secret burden that they carry. Then tragedy strikes, and a very local murder intersects with global forces, binding the participants together for life. As the tension in the McCarthy’s household builds, Jack must decide where his loyalties lie, and Madeleine learns about the ambiguity of human morality – a lesson she will only begin to understand when she carries her quest for the truth, and the killer, into adulthood twenty years later.

THE WAY THE CROW FLIES is a novel that is as compelling as it is rich. With her unerring eye for the whimsical, the absurd and the quintessentially human, Ann-Marie MacDonald stunningly evokes the pain, confusion, and humour of childhood in a perilous adult world. At once a loving portrayal and indictment of a an era, THE WAY THE CROW FLIES is a work of great hear and soaring intelligence.

Reviews of The Way the Crow Flies