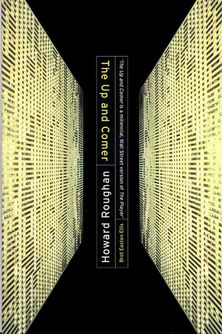 The Up and Comer

‘A Wall Street version of The Player. Beyond the sheer speed and undiluted excitement lies a cruel comedy of manners. Sleek entertainment and a malicious thriller.’ Bret Easton Ellis

Handsome, hip and rich-by-marriage, Philip Randall has it all: a career at a prestigious Manhattan law firm, a wife whose father showers her with every luxury, a loft in Soho and a beautiful mistress. Never mind that Jessica is also the wife of his best friend Connor – and that they have been married for less than a year.

When an old acquaintance re-appears in his life with photographic proof of their affair, Philip is haunted by the threat of blackmail and exposure – yet refuses to accept that finally a situation has arisen that he is unable to turn to his advantage. Until that is, he finds himself at the centre of a murder investigation.

Is the Up and Comer finally to receive his comeuppance?

Reviews of The Up and Comer