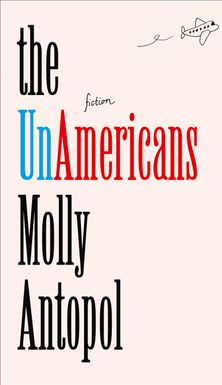 LONGLISTED FOR THE NATIONAL BOOK AWARD

‘The UnAmericans’ is a debut story collection of great poise

A former dissident from Communist-era Prague fears his daughter’s new play will cast him in an unflattering light. A divorced dry cleaner tries to move on, bemused by his daughter’s reawakened faith. A Hollywood actor is imprisoned by the House Un-American Activities Committee and has a fraught reunion with his son. A young Israeli journalist, left unemployed after America’s most recent economic crash, begins dating a middle-aged widower. And in the book’s final story, a tour de force spanning three continents and three generations of women, a young American and her Israeli husband are forced to reconsider their marriage after the death of her art-collecting grandmother.

This collection is a stunning exploration of characters shaped by the forces of history. Each finely turned story presents a different, morally suspenseful problem. Arranging and resolving these problems, Molly Antopol writes with an orchestral richness, in fiction that is intricately but delicately composed. But ‘The UnAmericans’ is remarkable as much for its heart as its sophistication: each voice is humane, full of warmth and wit; each page brims with a love of life. The result is a debut collection with the power not only to absorb and thrill, but to move.