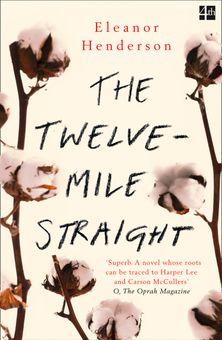 Genus Jackson was killed in Cotton County, Georgia, on a summer midnight in 1930, when the newborn twins were fast asleep.

They lay head to toe in a cradle meant for one, Winnafred on one side and Wilson on the other. Only if you looked closely – and people did – could you see that the girl was pink as a piglet, and the boy was brown.

At once an intimate family drama and an expansive, mesmerising epic The Twelve-Mile Straight explores the blood, guilt and violence that lies at the heart of the American experience.