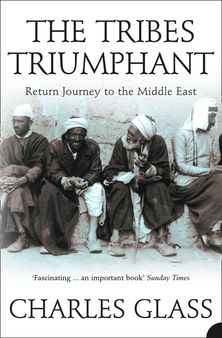 From Aqaba to Jerusalem and on into Palestine, veteran commentator on the Middle East, Charles Glass writes a thoughtful, inquisitive and dispassionate book on the politics and peoples of the region. He has traversed the Jordanian desert to the Iraqi border with Bedouin guides, explored modern Israel and revisited the scene of his captivity, confronting the men who kidnapped him. Written with elegance, flair and a wonderfully acute eye for the idiosyncrasies of the places through which he passes, this is a travel book full of enemies and friends both old and new: Arabs and Jews, soldiers and shopkeepers, Syrians and Israelis, the cowed and the vengeful, affording us an unprecedented and intimate portrait of these bruised and troubled lands.

Reviews of The Tribes Triumphant