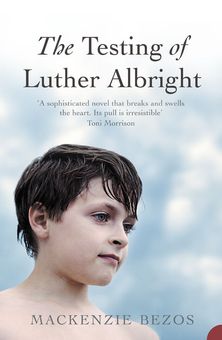 Luther Albright is a builder of dams, a man whose greatest pride – besides his family – is the house he built himself and the knowledge that he’s constructed something that will shelter them from harm. However, when a minor earthquake shakes his California home it soon reveals fault lines within his family. His son’s behaviour becomes increasingly bizarre and threatening, his devoted wife more distant. Meanwhile, the dam Luther built comes under investigation for structural flaws exposed by the earthquake. Nightmarish implications begin to emerge from the most innocent of places as the psychological suspense heightens, to create this harrowing portrait of a decent but flawed man who cannot see the truth. In the spirit of Rosellen Brown and Alice McDermott, this is a harrowing portrait of an ordinary man who finds himself being tested and strives not to be found wanting.