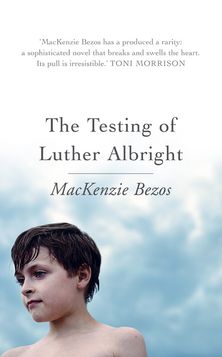 A highly suspenseful novel about an ordinary man responding to the cracks appearing in the facade of his family life.

A civil engineer and devoted father, Luther Albright is alarmed when he sees cracks developing in the facade of his family. His teenage son’s behaviour is becoming increasingly bizarre and threatening; meanwhile, a dam Luther built comes under investigation for structural flaws following an earthquake. Nightmarish meanings begin to shout at Luther from the most innocent of places as debut novelist Mackenzie Bezos tightens her net of suspense around the reader with bravura skill.

In the spirit of Rosellen Brown and Alice McDermott, this is a harrowing portrait of an ordinary man who finds himself being tested and strives not to be found wanting.