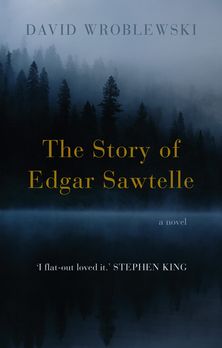 A contemporary retelling of Hamlet of stark and striking brilliance set on a farm in remote northern Wisconsin.

On a farm in remote northern Wisconsin the mute and brilliant Edgar Sawtelle leads an idyllic life with his parents Gar and Trudy. For generations, the Sawtelles have raised and trained a breed of dog whose thoughtful companionship is epitomised by Almodine, Edgar’s lifelong companion. But when his beloved father mysteriously dies, Edgar blames himself, if only because his muteness left him unable to summon help. Grief-stricken and bewildered by his mother’s desperate affair with her dead husband’s brother, Edgar’s world unravels one spring night when, in the falling rain, he sees his father’s ghost. After a botched attempt to prove that his uncle orchestrated Gar’s death, Edgar flees into the Chequamegon wilderness leading three yearling dogs. Yet his need to face his father’s murderer, and his devotion to the Sawtelle dogs, turn Edgar ever homeward. When he returns, nothing is as he expects, and Edgar must choose between revenge or preserving his family legacy…