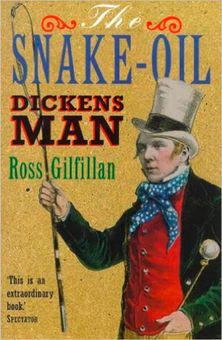 A fast, witty and evocative first novel about the allure of the con man, the journey of a young man in search of his father, the loss of innocence and the works of Charles Dickens. Full of adventure, tricks, imagination and originality, The Snake-oil Dickens Man is the assured debut from an exciting writer.