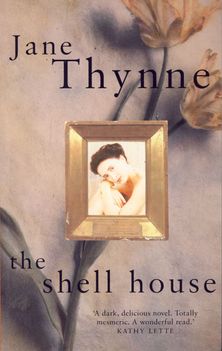 Jane Thynne’s second novel is another skillfully woven literary mystery, set in contemporary times and between the wars, that encompasses a quest into a man’s past, the complexities of wartime subterfuge and a love story of a woman torn between two brothers.

In the grounds of Foxhill, the country home of the late Sir Lewis Appleby, pioneering geneticist and icon of the left, stands a shell decorated summerhouse. At the height of a stifling summer, Jessica Leigh takes a break from her career as a Westminster lobbyist to accompany her boyfriend Steve Irvine to Foxhill where he is hosting an academic conference. She is not pleased when they are joined by Steve’s brother – and total opposite – Alex, a journalist, but it is with Alex that she discovers the beautiful ruined shell house. A gardener reveals that it was being restored by Sir Lewis as a monument to his love for his wife Katherine. Then Katherine vanished and the work was abandoned. But why, Jessica wonders, would anybody want to leave a man like Lewis Appleby? She is distracted when the biotechnology company she is hired to represent, attempts to suppress a dramatic new genetics discovery – and Alex, attracted to Jessica, finds himself asked to explore the company’s motivations. But the double narrative returns to the 1930s for the shocking answer to Katherine Appleby’s disappearance and its continuing reverberations.

Reviews of The Shell House