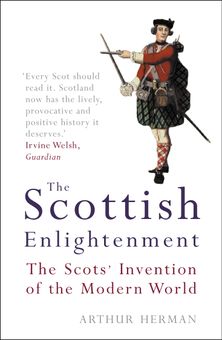 The Scottish Enlightenment: The Scots’ Invention of the Modern World

‘Every Scot should read it. Scotland now has the lively, provocative and positive history it deserves.’ Irvine Welsh, Guardian

A dramatic and intriguing history of how Scotland produced the institutions, beliefs and human character that have made the West into the most powerful culture in the world.

Reviews of The Scottish Enlightenment: The Scots’ Invention of the Modern World