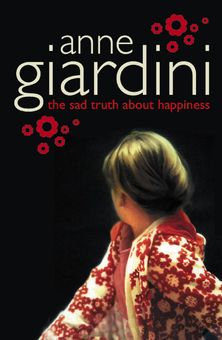 The Sad Truth about Happiness

A bittersweet, comic novel from a warm new voice in fiction.

Maggie is thirty-two-years-old, single, solvent, the middle child of eccentric parents. Maggie accepts her roommate Rebecca’s invitation to complete a magazine quiz that Rebecca, a freelance journalist, has designed, a quiz that predicts that Maggie has only three months more to live. Her answer to one of the questions: ‘Are you happy?’ is ‘Not completely’, and this response shaves decades off her life.

Maggie is distracted in her quest to achieve her own measure of happiness by Lucy, her stormy younger sister, who’s just returned from Rome, pregnant and unmarried, by Janet, her self-absorbed older sister, who has found contentment in a single daily pill, and by the sudden and surprising admiration of three – or possibly four – very different men. Maggie rescues a homeless girl she finds on the street, and soon after she slips away with Lucy’s newborn baby. She is aided and abetted in her flight with baby Philip by a succession of women, who speed her, like the heroine on an old-fashioned quest, on her journey. Are any of these the route to happiness or is happiness too subtle, too mysterious to lend itself to capture?

In a witty and poignant first novel that smartly deconstructs our notion of this maddening, inspiring, fleeting, infinitely changeable state that we all wish for, Anne Giardini has penned a wise and wonderful read. The daughter of Carol Shields, Anne has an intuitive storytelling ability, an affinity for the interior voice, and a warm affection for her flawed characters. ‘The Sad Truth About Happiness’ is a terrific literary debut.

Reviews of The Sad Truth about Happiness