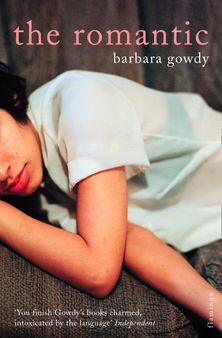 Louise Kirk falls in love. She’s 10, lives in a cosy, unremarkable suburban home, but, remarkably, has lost a mother already. Or, rather, her chic, sharp mother has disappeared. So, Louise, lonely and steeped in complicated yearnings, decides to fall in love. Furiously. First, she falls in love with her magnificent new neighbour, the operatic and exotic Mrs Richter. Then, within the year, she falls for Mrs Richter’s brilliant son Abel. Distracting him from his attentive study of everything around him – the constellations, the moths, the music – proves quite a struggle. But before long Abel finds he loves Louise ‘too much’. A dozen years later, Abel is gone and Louise is devastated. This is the unravelling story of their romance… In The Romantic, Barbara Gowdy tracks and identifies all the species of love. Each of her characters is iridescent, but Louise Kirk, who flies to love again and again like a moth at a lamp, is a creature from whom no reader will easily tear their gaze.

Reviews of The Romantic