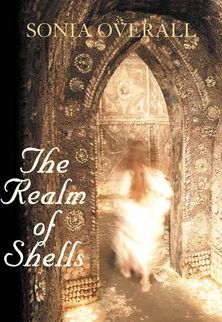 A delicately balanced novel of childhood secrets, hidden treasure and the lengths people will go to in order to protect – or discover – what they deem valuable.

‘The Realm of Shells’ is the tale of a family corrupted. Set in fashionable Margate in 1835, the novel follows the schemes, betrayals and disappointments of the respectable Newlove family from the perspective of its youngest member, Frances. Frances – or Fanny, as she does not like to be called, but invariably is – is a discerning child with sharp eyes, ready wit and an ingrained sense of responsibility. She also possesses two very distinct voices: the fashioned phrases of a young girl of good family, as recorded in her suitably stylised letters, and the immediate expressions of a clever child who is able to listen without being listened to, and regard without being regarded.

At the age of eight, Fanny is thrown into a new life in the southern seaside resort of Margate. Her northern family are objects of curiosity to the people of Kent, wary of anyone or anything that comes ‘from the Sheers’. Despite their reception Fanny tries to settle and does her best to reconcile herself and her wild brother Joshua to the change. Her evangelist parents set about running private schools, which steadily gain in standing and respectability. All is peaceable enough – until the chance discovery of an underground grotto exposes them to temptation, manipulation and the wilfully unscrupulous dealings of their neighbours. The discovery of the underground realm of shells heralds the uncovering of some unpleasant family truths – and the dark, stark realities of the adult world.

Set against the upheavals of 1830s England – the end of the war with France and the beginnings of the Industrial Revolution – ‘The Realm of Shells’ is a bewitching portrait of a family and a country on the brink of irrevocable change.