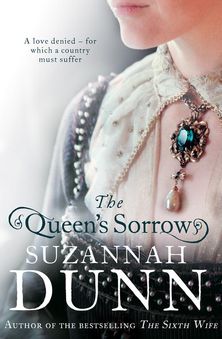 These are desperate times for Mary Tudor. As England’s first ruling queen, her joy should be complete when she marries Philip, the dashing Prince of Spain. But despite her ardent devotion, he’s making it painfully obvious that he cares little for his new wife – and her struggle to produce an heir only makes him colder towards him. Lonely and depressed, Mary begins to vent her anguish on her people – and England becomes a place of cruelty, persecution and fear. Mary’s terrible fall from grace is seen through the eyes of Rafael, a Spanish sundial maker who is part of the Prince’s flamboyant entourage. He becomes the one person that she trusts, but his life – and new-found love – will be caught in the chaos that follows…

Reviews of The Queen’s Sorrow