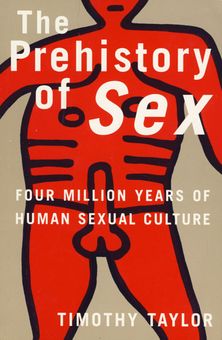 ‘The Prehistory of Sex’ surveys for the first time, the development of human sexual culture in its entirety, from our remote evolutionary origins through to recent times, on the basis of archaeological evidence.