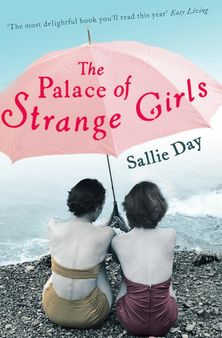 The Palace of Strange Girls

Blackpool, 1959. The Singleton family is on holiday. For seven-year-old Beth, just out of hospital, this means struggling to fill in her ‘I-Spy’ book and avoiding her mother Ruth’s eagle-eyed supervision. Her sixteen-year-old sister Helen, meanwhile, has befriended a waitress whose fun-loving ways hint at a life beyond Ruth’s strict rules. But times are changing. As foreman of the local cotton mill, Ruth’s husband Jack is caught between unions and owners whose cost-cutting measures threaten an entire way of life. And his job isn’t the only thing at risk. When a letter arrives from Crete, a secret re-emerges from the rubble of Jack’s wartime past that could destroy his marriage. As Helen is tempted outside the safe confines of her mother’s stern edicts, with dramatic consequences, an unexpected encounter inspires Beth to forge her own path. Over the holiday week, all four Singletons must struggle to find their place in a shifting world of promenade amusements, illicit sex and stilted afternoon teas, in this touching and extraordinarily evocative novel.

Reviews of The Palace of Strange Girls