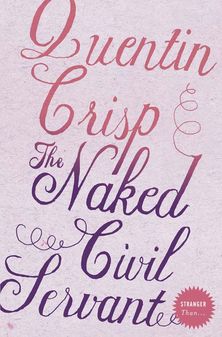 Quentin Crisp was a true original. With his mauve hair and flamboyant sense of style, by the time of his death he was widely hailed as one of the great British eccentrics.

An openly gay man in a less tolerant era (he once declared himself the “Stately Homo of England”) he was born on Christmas Day 1908 to “middle-class, middle-brow” parents, and sent to boarding school in Derbyshire (“a cross between a monastery and a prison”).

He moved to London in the 1920s, earning money through stints nude modelling, prostitution and book designing.

After a radio appearance in 1968 he decided to write his autobiography. Initially it sold only 3,500 copies and the future looked bleak (‘If at first you don’t succeed,’ Crisp once said, ‘failure may be your style’). But after it adaptation into a drama for the BBC in 1975, books began to fly off the shelves and Crisp became an overnight celebrity. Three years later he made his off-Broadway debut in ‘An Evening with Quentin Crisp’ and followed it with his version of Lady Bracknell in ‘The Importance of Being Ernest’. Over the years further books followed: ‘How to Have a Life-Style’, ‘Manners From Heaven’, ‘How to Be a Virgin’ and ‘Resident Alien’, his acclaimed New York diaries.

He died in November 1999, just one month before his 91st birthday.

Reviews of The Naked Civil Servant