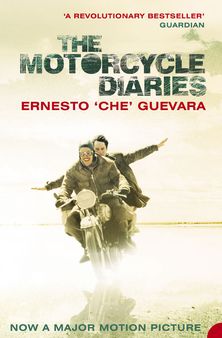 Written eight years before the Cuban Revolution, these are the diaries of Che Guevara, full of disasters and discoveries, high drama and laddish improvisations. Touring through Argentina, Chile, Peru and Venezuela, his greatest concerns are where the next drink is coming from, where the next bed is to be found and who might be around to share it. Within a decade Che Guevara would be a household name. His trip might have been the adventure of a lifetime – had his lifetime not turned into a much greater adventure. More recently made into an Oscar-winning film starring Gael Garcia Bernal, ‘The Motorcycle Diaries’ is an extraordinary account of a hero in the making.

Reviews of The Motorcycle Diaries