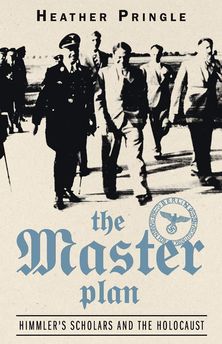 The Master Plan: Himmler’s Scholars and the Holocaust

Acclaimed science writer Heather Pringle uncovers the true story of the scientists and archaeologists Heinrich Himmler deployed to find proof for his theories of a prehistoric Aryan master race.

Reviews of The Master Plan: Himmler’s Scholars and the Holocaust