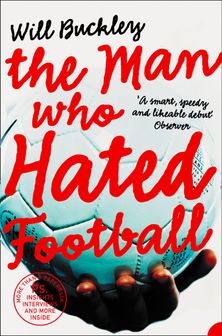 Jimmy Stirling’s wife despairs of him, while his editor at the newspaper for which he is a football reporter both despairs of him and actively despises him as well. Not to be outdone, Jimmy Stirling despairs of his job, himself and the local Budgens where most of his meagre salary goes providing for his needy twins (and his aggressive smoking habit). His father has just died, the mortgage is destroying him, and the pints in the Butt of Lewis (his London pub) and the Hare and Greyhound (his country pub) are adding up.