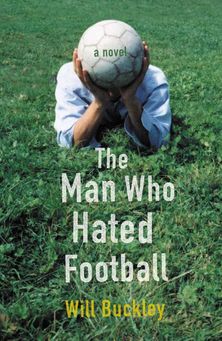 A novel about a family man struggling to reconcile his shambolic personal life with the job of football reporting he has grown to hate.

Jimmy Stirling has a wife who despairs of him and a job as a football reporter, but his editor despairs of him too. In fact, his editor despises him. Jimmy Stirling despairs of his job, himself and the local Budgens where most of his meagre salary goes providing for his needy twins (and his aggressive smoking habit). And his father has just died, the mortgage is destroying him, and the pints in the Butt of Lewis (his London pub) and the Hare and Greyhound (his country pub) are getting on top of him. Is his wife having an affair? Does he want an affair? Is he having an affair? Does he want to hold on to his job? And the planes have just gone into the towers and there is another football column to pen. Ladies and gentlemen, in Will Buckley’s hilarious and piercing first comic novel, I’m afraid we have another man in crisis.