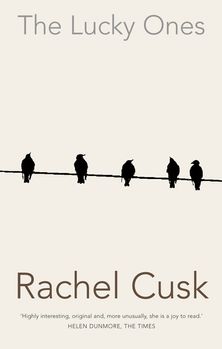 The long-awaited new novel from the Whitbread Award winning author of SAVING AGNES and THE COUNTRY LIFE, which won her a Somerset Maugham Prize. In this profound study of human relationships, five overlapping narratives of love and detachment merge to form a powerful evocation of family identity.

Children grew up and left and news of them came back like news of a distant war in which they were fighting and from which they were occasionally permitted leave, when they would return for a week or two to wander about as though in a mirage of the past. It often seemed that while they had changed Ravenley had not, but by the time they left that impression had usually been reversed.

Five men and women’s lives converge in this powerful and moving story of family relationships.

A young pregnant woman’s misfortune; a new father’s disaffection; a daughter’s search for lost childhood; a mother’s antagonism; a wife’s secret suffering – through it all runs the story of Victor Porter, a campaigning lawyer, and his journalist wife Serena, in whose relationship the conflict between the public and the personal, between love and morality, is played out.

Rachel Cusk writes of life’s transformations; of what separates us from those we love and what binds us to those we no longer understand. The Lucky Ones is a novel about creating and sustaining life. It illuminates with startling precision the texture and complexity of emotional existence within ‘the bustling concourses of life’.

Reviews of The Lucky Ones