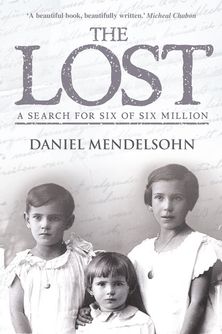 ‘The Lost’ is the story of an odyssey in search of six ghosts. Daniel Mendelsohn grew up in a family haunted by the disappearance of six relatives during the Holocaust – an unmentionable subject that gripped the author’s imagination from his earliest childhood. Decades later, spurred by the discovery of a cache of desperate letters written to his grandfather in 1939, Mendelsohn embarked on a hunt for the remaining eyewitnesses to his relatives’ fates. That quest eventually took him to a dozen countries on three continents, including Ukraine, Poland, Israel, Australia, Sweden and Denmark – an epic journey that gradually exposed the tragic conflicts that can arise between the history we live and the stories we tell. Deftly moving between past and present, interweaving reportage with richly evoked childhood memories of a now-lost generation of immigrant Jews, ‘The Lost’ transforms the story of one family into a profound meditation on our fragile hold on the past. Grippingly suspenseful and beautifully written, this literary tour de force brilliantly illuminates all that is lost, and found, in the passage of time.

Reviews of The Lost