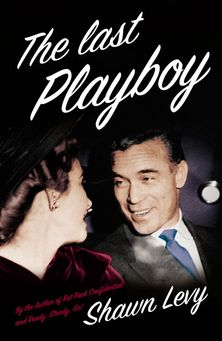 The Last Playboy: The High Life of Porfirio Rubirosa

A scandalous story of money, drugs, fast cars, high politics, lowly crime, hundreds of beautiful woman and one man, Porfirio Rubirosa – the Austin Powers of his day – from the celebrated author of RAT PACK CONFIDENTIAL.

In the previous four decades, Rubirosa had on four separate occasions married one of the wealthiest women in the world, and had slept with hundreds of other women including Marilyn Monroe, Zsa Zsa Gabor, Ava Gardner, Jayne Mansfield, Joan Crawford, Tina Onassis, and Eva Peron. He had worked as aide-de-camp to one of the most vicious fascists the century ever knew. He had served as an ambassador to France, Germany, Belgium, Holland, Italy, Cuba, Argentina, and Vichy. He had been a jewel thief, a forger, a shipping magnate, a treasure hunter. He had held his own with the world’s most powerful and notorious men including John F. Kennedy, Josef Goebbels, Juan Peron and Charles DeGaulle. He ran comfortably in circles of celebrity, counting among his friends Frank Sinatra, Ted Kennedy, David Niven, Sammy Davis Jr., Peter Lawford, Stewart Granger, fashion designer Oleg Cassini, and fellow playboy Aly Khan.

He was respected for his ruthlessness, his athleticism, his panache, his frank hedonism, his dark reputation and his prodigious physical endowment. He lived for the moment and, at his death, faded without a legacy: no children, no fortune, no entity – financial, cultural, even architectural – that bore his name.

There will never be anyone else like Porfiro Rubirosa. Indeed, the really amazing thing is that there ever was.

Reviews of The Last Playboy: The High Life of Porfirio Rubirosa