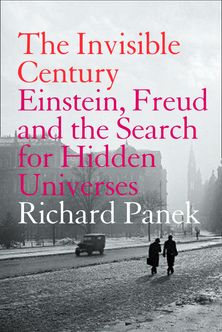 The Invisible Century: Einstein, Freud and the Search for Hidden Universes (Text Only)

A book which offers fresh perspectives on the scientific developments of the past hundred years through the complementary work of two of the century’s greatest thinkers, Einstein and Freud.

Reviews of The Invisible Century: Einstein, Freud and the Search for Hidden Universes (Text Only)