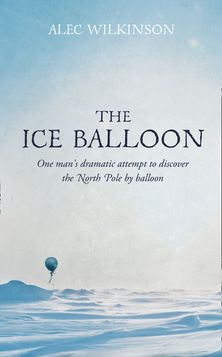 In August 1930, a Norwegian sloop, sailing in the Arctic Ocean, stopped at a remote island, where its crew members foudn a book, together with a boathook stamped ‘Andree’s Pol. Exp 1896’. Not far from the boat was a body leaning against a rock, with its frozen legs extended. They carefully opened the jacket the corpse was wearing. When they saw a large monogram ‘A’, they knew who they were looking at: S. A. Andrée, the Swede who, in 1897, set off to discover the North Pole, one of the last unmapped places on earth.

The Ice Balloon is the story of the heroic age of polar exploration, and the dream of conquering one of the most inhumane landscapes on earth. In this golden age of discovery, Andrée’s ambition was the most original and remarkable, with many comparing him to Columbus for novelty and daring. For, of the thousand or so people who had gone looking for the Pole, at least seven hundred and fifty of whom had died, only Andrée used a balloon.