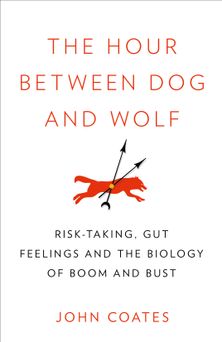 As scandal and the aftershocks of the crash rock the financial world, former Wall Street trader John Coates investigates why our financiers are driven to take risks.

Now shortlisted for the 2012 Financial Times and Goldman Sachs Business Book of the Year Award and the Wellcome Trust Book Prize, this startling and unconventional book sees neuroscientist and former Wall Street trader John Coates explain something we have long suspected: that we think with our body as well as our brain. And this only intensifies when we take risks; at work, in sport and on the financial markets. Making and losing money provokes an overwhelming biological response, and this can alter the way we behave. Could this bodily turmoil lead to the kind of irrational behaviour that so regularly upsets the global economy?

In a series of groundbreaking experiments, Coates has shown that under the pressure of risk our biology transforms us into different people. Traders and investors are especially prone, becoming revved-up and testosterone-driven when on a winning streak, and tentative and risk-averse when cowering from losses. Revealing the biology of bubbles and crashes, The Hour Between Dog and Wolf sheds new and surprising light on issues that affect us all.