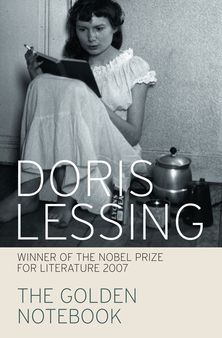 In 1950s London, novelist Anna Wulf struggles with writer’s block. Divorced with a young child, and fearful of going mad, Anna records her experiences in four coloured notebooks: black for her writing life, red for political views, yellow for emotions, blue for everyday events. But it is a fifth notebook – the golden notebook – that finally pulls these wayward strands of her life together.

Widely regarded as Doris Lessing’s masterpiece and one of the greatest novels of the twentieth century, ‘The Golden Notebook’ is wry and perceptive, bold and indispensable.

Reviews of The Golden Notebook