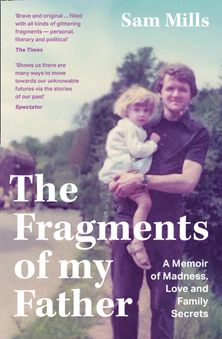 The Fragments of my Father: A Memoir of Madness, Love and Family Secrets

A NEW STATESMAN BOOK OF THE YEAR

In the vein of the Costa-winning Dadland, with the biographical elements of H is for Hawk, The Fragments of my Father is a powerful and poignant memoir about parents and children, freedom and responsibility, madness and creativity and what it means to be a carer.

SHORTLISTED FOR THE BARBELLION PRIZE

Reviews of The Fragments of my Father: A Memoir of Madness, Love and Family Secrets