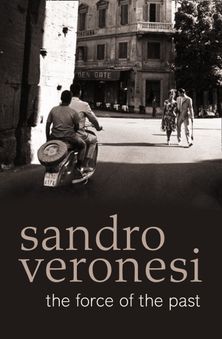 A sophisticated psychological novel from one of Europe’s most exciting writers.

‘“Are you an unhappy man?” That’s what the journalist said to me. It was her last question.’

Gianni Orzan has no reason to feel unhappy. He has just been awarded a prize for his children’s writing and a cheque for fifteen million lire. He is blissfully married to Anna and is a doting father to an eight-year-old son, Franceschino. He loves film and is an avid chess player. He is a man in complete control of his life.

But when Gianni leaves the award ceremony, a chain of events are set in motion that will shatter this perfect life. In an uncharacteristically rash moment he accepts a ride from an unlicensed cab driver. As soon as the car pulls off he feels unnerved. At the first set of lights the driver turns, smiles at Gianni, a pistol butt poking from his belt, and says – ‘So, Franceschino has finally learned to ride his bicycle…’. Gianni bolts from the cab. But it’s too late; in this briefest of moments the serenity of Gianni Orzan’s life has been destroyed.