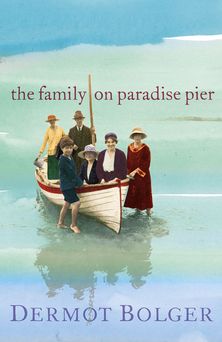 A stunning fictionalised portrait of a truly fascinating family, and an intimate view of a century of Irish history.

Starting in the tranquil idyll of a Donegal village in 1915, ‘The Family on Paradise Pier’ follows the extraordinary journeys of one Irish family through the War of Independence, the General Strike in Britain, the dangerous streets of 1930s Moscow, the Spanish Civil War and on to Soviet gulags, Irish internment camps and London during the Blitz. The Goold Verschoyle children are born into a respected free–thinking Protestant family in a manor house alive with laughter, debate and fascinating guests. But the world of picnics and childish infatuations is soon under threat as political changes within Ireland and the wider world encroach upon their private paradise.

Bolger superbly recreates a family in flux, driven by idealism, racked by argument and united by love and the vivid memories of childhood. ‘The Family of Paradise Pier’ shows Bolger at the height of his powers as a master storyteller. It is a spellbinding and magnificent achievement.