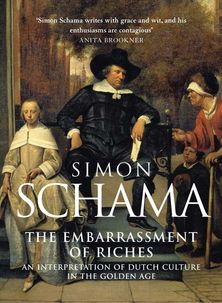 The Embarrassment of Riches

In this brilliant work that moves far beyond the conventions of social or cultural history, Simon Schama investigates the astonishing case of a people’s self-invention. He shows how, in the 17th-century, a modest assortment of farming, fishing and shipping communities, without a shared language, religion or government, transformed themselves into a formidable world empire – the Dutch republic.

Reviews of The Embarrassment of Riches