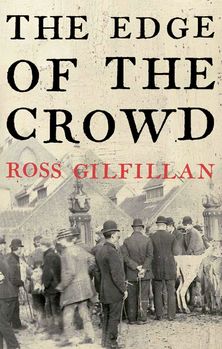 The Edge of the Crowd

The Edge of the Crowd is the gripping story of the early days of photography and the search for lost love in Victorian London. From the highly acclaimed author of ‘The Snake-oil Dickens Man’.

London, 1851. Among the teeming crowds visiting the Great Exhibition is the newspaper columnist Henry Hilditch, whose sensational exposés of the lives and deprivations of the working class are the talk of bourgeois London.

But Hilditch has another agenda. Mary Medworth, the love he lost the previous summer in Florence, has reappeared somewhere in the slums of London’s East End. Hilditch follows the trail from the splendour of Hyde Park to the squalor of Whitechapel, encountering thieves, gaolers, kidnappers and false friends who may well lead him to his own destruction.

Ross Gilfillan’s second novel is a thrilling recreation of Victorian London and a moving story of love, science and photography.

Reviews of The Edge of the Crowd