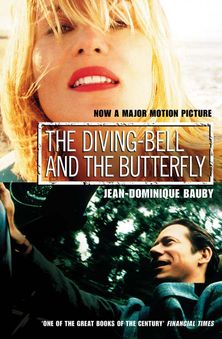 In December 1995, Jean-Dominique Bauby, editor-in-chief of French ‘Elle’ and the father of two young children, suffered a massive stroke and found himself paralysed and speechless, but entirely conscious, trapped by what doctors call ‘locked-in syndrome’. Using his only functioning muscle – his left eyelid – he began dictating this remarkable story, painstakingly spelling it out letter by letter. His book offers a haunting, harrowing look inside the cruel prison of locked-in syndrome, but it is also a triumph of the human spirit. The acclaimed 2007 film adaptation, directed by Julian Schnabel, won Best Director at Cannes and was nominated for the Palme d’Or.