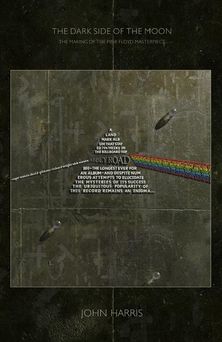 The Dark Side of the Moon: The Making of the Pink Floyd Masterpiece

A behind-the-scenes, in-depth look at the making of one of the greatest sonic masterpieces and most commercially successful albums of all time.

Pink Floyd’s ‘The Dark Side of the Moon’ (1973) is one of the most beloved albums of all time. A sonically stunning exploration into dark themes of madness, death, anxiety, and alienation, it has sold a staggering 30 million copies world-wide, and continues to sell 250,000 copies a year. Besides being perhaps the most fully realised and elegant concept album ever recorded, ‘The Dark Side of the Moon’ was also one of the most technically advanced LPs of its day. It has aged remarkably well and still sounds as contemporary and cutting-edge as it did on the day it was released. A perfect blend of studio wizardry and fearless innovation, ‘The Dark Side of the Moon’ is illuminated by John Harris’s exploration of the band’s fractured history, his narrative skill, and his deft exploration of the album’s legacy, such as its massive influence on bands like Radiohead and Nine Inch Nails.

Drawing on new, original interviews with every member of the band – bassist and chief songwriter Roger Waters, guitarist Dave Gilmour, keyboardist Rick Wright, and drummer Nick Mason –The Dark Side of the Moon is a must-have for the millions of devoted fans who desire to know more about one of the most timeless, compelling, commercially successful, and mysterious albums ever made.

Reviews of The Dark Side of the Moon: The Making of the Pink Floyd Masterpiece