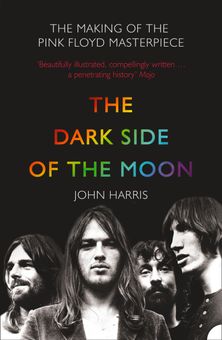 Over three decades after its release, Pink Floyd’s ‘The Dark Side of the Moon’ remains one of the most acclaimed albums of all time. Its sales total around 30 million copies worldwide. In its first run, it took up residence in the US charts for a mind-boggling 724 weeks. According to recent estimates, one in five British households owns a copy.

This, however, is only a fraction of the story. ‘Dark Side’ is rock’s most fully realised and elegant concept album, based on themes of madness, anxiety and alienation that were rooted in the band’s history – and particularly in the tragic tale of their one – time leader Syd Barrett.

Drawing on original interviews with bass guitarist and chief songwriter Roger Waters, guitarist David Gilmour, and the album’s supporting cast ,‘The Dark Side of the Moon’ is a must-have for the millions of devoted fans who desire to know more about one of the most timeless, compelling, commercially successful, and mysterious albums ever made.